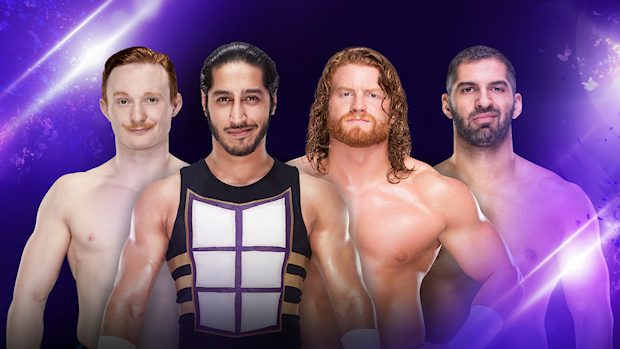 With the final first-round matches set, the full lineup for WWE’s 16-man Cruiserweight Championship Tournament tournament has been revealed.

It was announced on last night’s episode of 205 Live last night that former NXT Tag Team Champion Buddy Murphy will be making his WWE debut against Ariya Daivari next week as part of the tournament. Mustafa Ali vs. Gentleman Jack Gallagher will also take place on the episode as the first round comes to an end.

A video package spotlighted Murphy last night, with him talking about his past success in NXT and having to train to make the 205-pound weight limit.

This will be Murphy’s first match inside a WWE ring after signing a developmental contract in March 2013.

Murphy hasn’t appeared on NXT television in over a year, with his last appearance airing on Jan 4, 2017. Murphy returned home to Melbourne, Australia, teaming with “The Perfect 10” Tye Dillinger to battle Bobby Roode and Elias Samson. “The Perfect 10” drilled Samson with the Tye-Breaker, getting the win and making sure that Murphy’s homecoming ended on a good note.

As part of the storyline where General Manager Drake Maverick is making changes to 205 Live, Maverick told Gallagher that he’ll no longer be allowed to wrestle in a suit.

Cedric Alexander, TJP, Kalisto, Roderick Strong, Mark Andrews, and Drew Gulak have advanced to the second round so far. The bracket for the tournament hasn’t been revealed, but the finals are scheduled for WrestleMania 34 on Sunday, April 8, 2018, at the Mercedes-Benz Superdome in New Orleans, Louisiana.