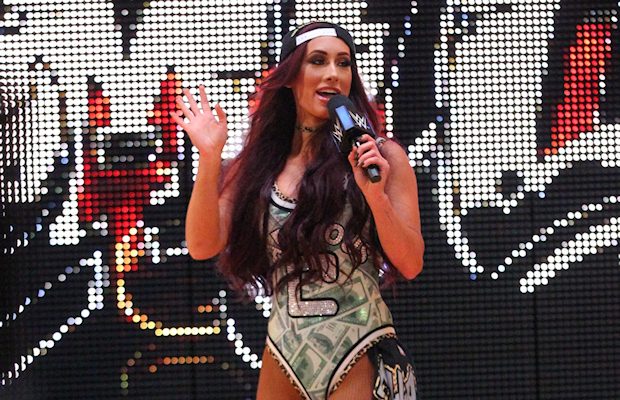 Click here to see a photo of Carmella in her ring gear backstage.

– Tonight on SmackDown LIVE, Rusev made Aiden English pay for his baseless accusations against Lana by destroying his former tag team partner in a singles match.

#RusevDay brings back the Crush Mode. Who’s next!?