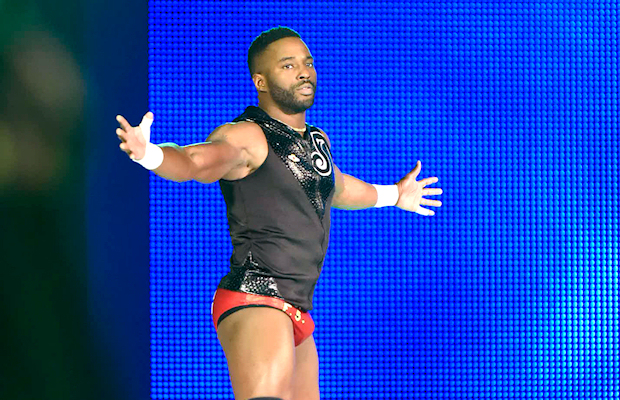 – As noted, Cedric Alexander made his return to WWE TV on last night’s 205 Live episode with a win over Johnny Boone. In the Fallout video below, Cedric says he feels at peace for the first time in two months and being out in front of the WWE Universe is where he needs to be. He says it’s like he never left but now he plans to pick up where he left off – slowly climbing his way into the WWE Cruiserweight Title picture.

– WWE has a new poll asking fans who is the favorite to win the Fatal 5 Way Elimination Match on next week’s SmackDown – Charlotte Flair, Becky Lynch, Carmella, Natalya or Tamina Snuka. As of this writing, 54% voted for Charlotte while 20% went with Becky, 11% for Carmella, 9% for Tamina and 6% for Natalya. As noted, the winner will face SmackDown Women’s Champion Naomi at the June 18th Money In the Bank pay-per-view.

– As seen on this week’s 205 Live, the feud between Rich Swann and Noam Dar continued as Dar attacked Swann following Swann’s win over Ariya Daivari. Video from the attack is below. Alicia Fox posted this backstage video of the crazy couple mocking Swann after the attack: