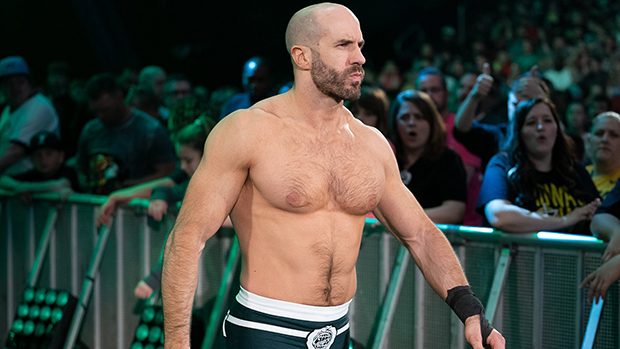 According to Dave Meltzer of Wrestling Observer Radio, backstage sources indicated that while Cesaro may have been hurt initially, he avoided serious injury on a spot at the end of a Six-Man Tag Team Match.

John Pollock of POST Wrestling was also told by multiple people that Cesaro appeared fine backstage, with one saying that he improvised after taking the 450 Splash from Ricochet and was just selling.

Cesaro teamed up with Bobby Lashley and United States Champion Samoa Joe in a losing effort against Braun Strowman, Ricochet and The Miz. Instead of landing on Cesaro’s midsection, Ricochet appeared to hit Cesaro’s leg.

Awesome 6 man tag but hope @WWECesaro is okay after taking the 630 right to the leg#RAWpic.twitter.com/nhDIyU01pJ

Cesaro immediately grasped his leg, and after the babyface team celebrated their victory, he was helped to the back by two referees.