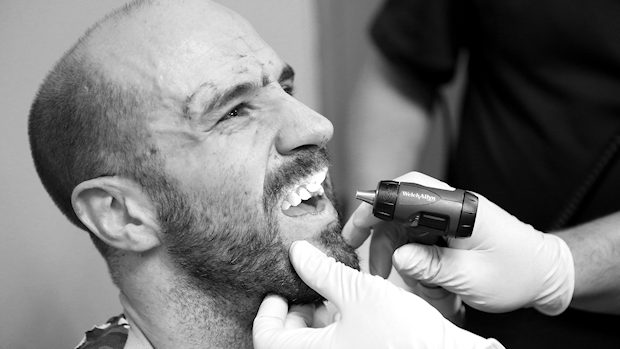 – Below is the latest promo for Asuka’s RAW brand debut. As noted, it was announced during WWE No Mercy that The Empress of Tomorrow will make her debut at the October 22nd TLC pay-per-view. No word yet on who her opponent will be.

– RAW Women’s Champion Alexa Bliss appeared on the post-No Mercy edition of RAW Talk and took shots at Mickie James, which may set up a match between the two on tonight’s RAW. Bliss commented on how she could beat Mickie in less than 2 minutes and called her an old lady. Bliss retained her title over Emma, Nia Jax, Sasha Banks and Bayley in a Fatal 5 Way at No Mercy.

– As noted, Cesaro lost a few front teeth as The Bar lost to RAW Tag Team Champions Seth Rollins and Dean Ambrose at WWE No Mercy. The injury happened when Ambrose catapulted Cesaro into the corner but he hit his mouth on the top of the ring post. Cesaro and Sheamus tweeted the following on the accident after the match:

The #NoMercy PPV should be renamed #NoTeeth in honour of this guy's awesome performance tonight after eating the ring post. WE ARE #THEBAR. pic.twitter.com/RcFkSRmhsC