Changes Made To The Elimination Chamber, Big Cass Reveals His Current WWE Goals 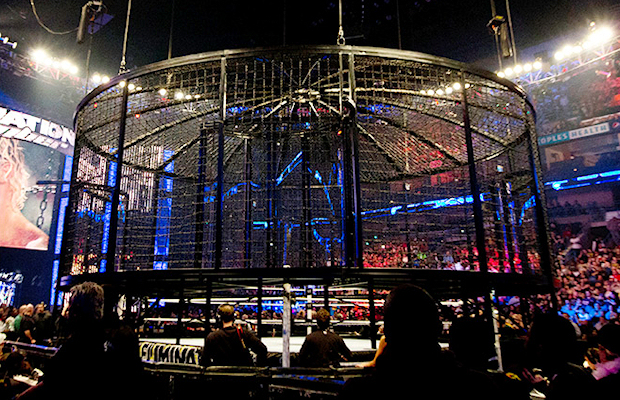 – WWE has been promoting this Sunday’s WWE Championship Match as taking place in an “all-new” Elimination Chamber.

Bryan Alvarez noted on Thursday’s edition of Wrestling Observer Live that “slight” changes have indeed been made to the structure ahead of this Sunday’s show. He did not, however, offer details on what changes were made.

– News-Miner has an interview with Big Cass, who was promoting this Sunday’s WWE live event at the Carlson Center in Fairbanks, Alaska. During the interview, Cass talked about his goals in WWE.

“Long term, I’d say I’d book myself to main event Wrestlemania every single year,” Cass said “But this year I just want an opportunity at the tag team titles. The NXT titles eluded me and Enzo for all the years we were in NXT and the WWE tag team championship has eluded us since we’ve been here on Monday Night Raw. We just want to prove ourselves, and want to win ourselves our first tag team championships. … It’d be a dream come true.”