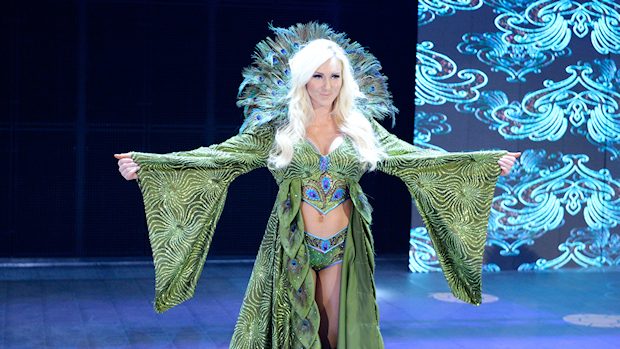 Prior to Money in the Bank, Charlotte spoke to ESPN.com about her current role in WWE, the meteoric rise of Jinder Mahal, The New Day on SmackDown LIVE, and more. Here are some highlights from the interview:

Finding her place on SmackDown LIVE:

“I think that’s trying to figure out, ‘Am I a good guy, or am I bad guy? Am I still the dirtiest player in the game, or have I come to my senses and Becky Lynch has rubbed off on me?’

“The girls that I’m working with are absolutely amazing. It’s not whether I prefer Raw or SmackDown; it’s more, ‘What’s my role? Who’s Charlotte?’ I think I’m still trying to figure out.”

“Knowing Jinder Mahal on a backstage level, I couldn’t be more excited for his rise to this occasion, becoming this supervillain. He looks like a star. He works hard behind the scenes. Obviously, Randy Orton will go down as one of the greatest in history. So, I think, for Jinder, it’s got to be exciting to know that there’s so much anticipation around the match. There’s also the element of other legends being there, front row, and he’s at the center of it all with Randy. Randy’s been in this position multiple times. This is another walk in the park for him, probably. I’m just excited for Jinder, as a whole.”

The New Day being on SmackDown LIVE:

“All three of them are probably the most genuine, hard-working guys I know. So, just having New Day on the SmackDown side, having their presence, having their leadership, they’ve been top guys. They were one of the biggest attractions at WrestleMania. Having them on SmackDown, not only do they bring the fan support, but that also creates opportunities for other tag teams.”

Related ItemsCharlotte Flair NewsJinder Mahal News
← Previous Story Jerry Lawler Says He Was Disappointed With The Finish To The Women’s Money in the Bank Ladder Match
Next Story → Update On Rusev’s Return To The Ring, Kevin Owens Says He’s ‘The Best In The History Of WWE’