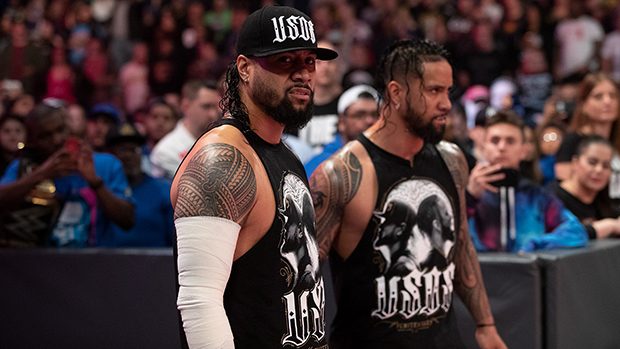 — Jimmy Uso often welcome his opponents into The Uso Penitentiary, but he won’t be welcomed in Toronto, Ontario, Canada this weekend.

According to PWInsider, WWE has pulled Jimmy and his twin brother Jey from their scheduled appearance on Saturday at the SummerSlam Meet & Greet taking place at the Metro Toronto Convention Centre.

The reason for the cancellation is due to Jimmy’s recent run-in with the law. According to PWInsider, Jimmy is not allowed to enter Canada following his arrest for DUI on July 25.

As for Jey, there’s no word yet on whether he’ll be in Toronto this weekend after being arrested for DUI in January 2018. Since Jimmy isn’t going to be in Toronto, Jey likely won’t either since WWE rarely promotes them individually.

WWE didn’t book The Usos to wrestle at SummerSlam this Sunday.

— In the video below, Charlotte Flair hits the gym for a workout two days before squaring off against WWE Hall of Famer Trish Stratus at SummerSlam.