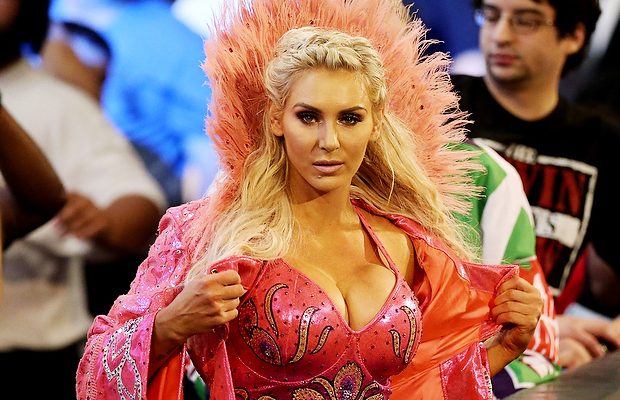 – It looks like Charlotte Flair’s feud with SmackDown Women’s Champion Becky Lynch will extend through at least WWE Evolution on October 28.

After SmackDown LIVE this week, Charlotte Flair flew to London, England for a media event promoting the release of WWE 2K19. During an interview with GiveMeSport, Flair revealed that she will be facing Lynch at WWE’s first-ever all-women’s pay-per-view event.

To Flair, it “means more” to face Lynch than any legend.

Charlotte tells me she had no idea her dad was going to come out to Ric Flair drip at his wedding, it “means more” to face Becky Lunch at Evolution than any legend and no one cares more about women’s wrestling, on any roster, that the Four Horsewomen

Flair is already scheduled to challenge Lynch for the SmackDown Women’s Championship at WWE Super Show-Down on October 6.

– WWE.com has announced that Scott Dawson and Dash Wilder will challenge Dolph Ziggler and Drew McIntyre for the Raw Tag Team Championship this Monday night on Raw.

After earning a Raw Tag Title opportunity several weeks ago, Scott Dawson & Dash Wilder are ready to collect on what’s owed them. Whether they will be able to topple the tough-as-nails tandem currently standing atop of the mountain remains to be seen. When all is said and done, will there be a championship revival for former NXT Tag Team titleholders Dawson & Wilder, or just another reckoning by Dolph Ziggler & Drew McIntyre?

– While in China to film a movie, John Cena went shopping at a supermarket in Yinchuan.

As seen in the video below, Cena points out and enjoys the cultural differences of supermarket shopping in China, then picks up a traditional bakery treat to celebrate the country’s Mid-Autumn Festival.