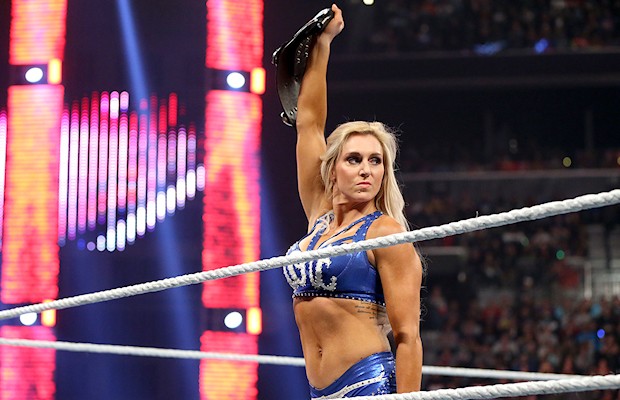 – In the video above, WWE Divas Champion Charlotte and WWE Hall of Famer Ric Flair talk with a WWE reporter during WrestleMania 32 Media Day in Dallas. Charlotte was asked what’s going through her mind after this past year and she says it’s gone so quickly she feels like she was just in WWE NXT and going to the WWE Performance Center every morning, working with Sara Del Rey and Norman Smiley. This is what she’s worked for and she’s excited for the day and excited for possibly stealing the show with Sasha Banks and Becky Lynch.

She talks about the Divas Revolution and how there are 2 Divas matches on the card this year. She does feel pressure as leader of the division but she is where she is now because she does good under pressure. Charlotte says this is what she’s worked for every single day and wants the pressure to keep coming.

Flair says he knew once Charlotte won the title, everything else would fall in place because she’s that good and she’s relentless. He praises her work ethic and says she’s “The Woman” right now. He feels she will be the head of the division for a long time. Charlotte says she felt pressure being a newbie from NXT and gave props to Nikki Bella for her title reign. She says it was nerve-wracking being the next champion after Nikki.

Regarding Flair inducting Sting into the WWE Hall of Fame tomorrow night, Flair says he’s glad Sting chose him. He says they have a mutual respect that’s been there since the day they met. He praises Sting and says he’s one of the special people in the business. Flair was asked if he will get involved in the Divas Triple Threat on Sunday and Charlotte called him her “Parent In Crime,” saying she will do anything to win.