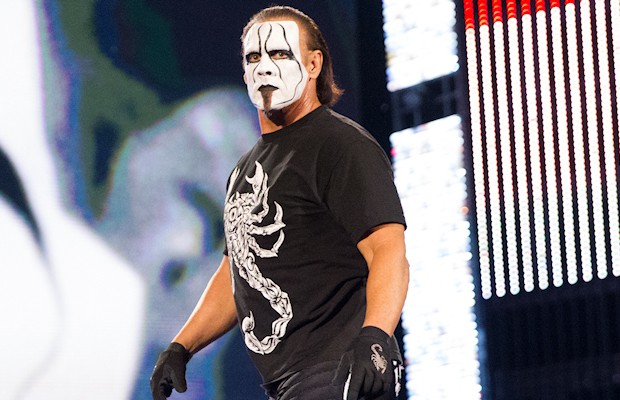 – As seen above, WWE spoke with 2016 WWE Hall of Famer Sting today in Dallas during the WrestleMania 32 Media Day. Sting says he never thought his induction would happen and it’s huge to see how serious it’s being taken by everyone, including the fans and Vince McMahon. He said his Hall of Fame speech is what he thought it would be, very difficult to write. He says he doesn’t like to do speeches and his won’t be like a wrestling promo, it will be a very intimate moment.

Regarding Ric Flair inducting him, Sting says Flair promised he will be tame. Sting doesn’t know what to expect but he knows there’s a mutual love and respect between them and he trusts the words will be good.

Sting says he’s most looking forward to seeing Hell In a Cell with Shane McMahon vs. The Undertaker because of his interest in Taker and everything that’s at stake. Sting says he’s ready for some swerves on Sunday.

For the talents making their WrestleMania debuts, Sting tells them to take it all in and then go do their business.