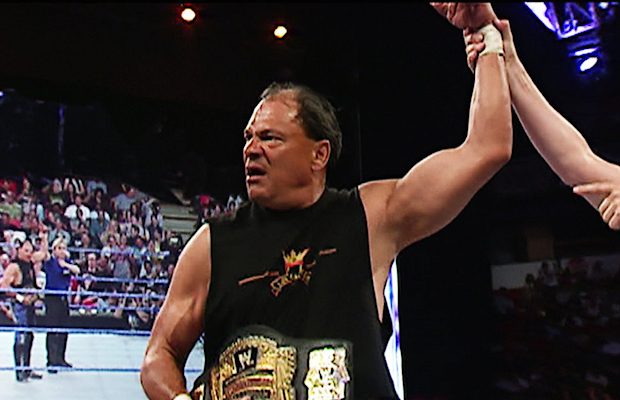 Chavo Guerrero Sr. has passed away at the age of 68.

This is according to his son, Chavo Guerrero Jr., who revealed the sad news this afternoon in a post on Instagram. He noted that Guerrero Sr. was diagnosed with liver cancer last month and died today.

Today the world lost a true rebel. He did things "HIS" way. Not always right, not always wrong, but He always followed what he believed in. He was diagnosed with Liver Cancer in early January of this year. As believer in Christ Jesus, he is now in Paradise. Today is a Sad day in the Guerrero Family. Rest In Peace Chavo "Classic" Guerrero Sr. #rip #nowinheaven

In a wrestling career that spanned over 40 years — beginning in 1970 — Guerrero competed all over the world, with stops in Mexico, the American Wrestling Association, the National Wrestling Alliance, New Japan Pro-Wrestling and WWE. He also wrestled some dark matches for WCW in 1997 and 1998.

Guerrero began working for WWE in 2004, joining Chavo Jr. in a feud on SmackDown! with Eddie Guerrero. While in WWE he competed as Chavo Classic and became the oldest WWE Cruiserweight Champion in history, defeating Chavo Jr. and Spike Dudley in a Triple Threat Match on SmackDown! on May 18, 2004. He lost the title to Rey Mysterio less than a month later. He was released in June 2004 for no-showing a handful of shows.

He was still wrestling as recently as last year and even appeared on a recent episode of Lucha Underground in a segment with Mysterio.

Chavo Sr. is the son of the legendary Gory Guerrero and older brother of Mando, Hector and Eddie Guerrero.