Why Did Chris Jericho Wear A Sin Cara Mask On Raw? 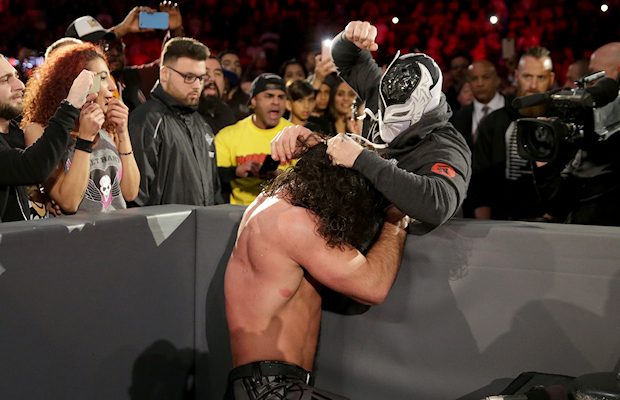 During WWE’s tour of Europe a few weeks ago, a report emerged that Chris Jericho and Sin Cara had a fight on a tour bus. The story was that Sin Cara was making noise, which annoyed Jericho and led to a confrontation.

A more sensational version of the events said that Sin Cara actually knocked out Jericho. Jericho then disputed the report on Twitter by saying that he hasn’t been knocked out since 1994. He didn’t, however, refute that the fight occurred.

This past Monday night on Raw, Jericho made a reference to that story out of the blue. In the main event, Kevin Owens defended the WWE Universal Championship against Seth Rollins, in a match that was highlighted by a wild dive off the balcony.

After the dive, the action returned to the ring area — where a mysterious masked man attacked Rollins to give Owens an advantage.

The man was Jericho of course, who squashed his issues with Owens earlier in the show.

Wednesday on Talk Is Jericho, Y2J explained why he wore the Sin Cara mask on Raw. He said it was an “FU to the internet community that knows everything but doesn’t know shit.”