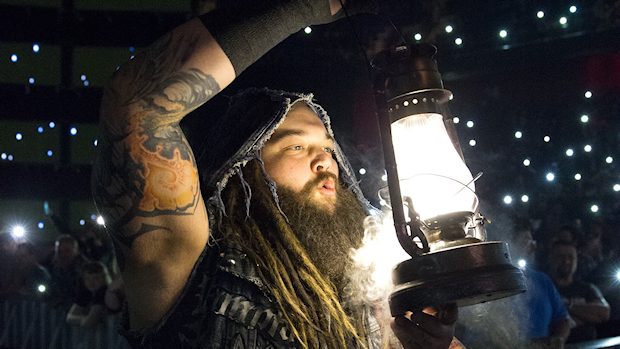 — Bray Wyatt’s WWE return remains up in the air and there are conflicting stories on plans from his return coming from within WWE.

According to WrestleVotes, one story is that Wyatt is scheduled to return to television before WrestleMania 35 and then have a top match at the biggest show of the year. The other story is that they are saving his return for the post-WrestleMania TV shows to have a larger impact.

Once the celebratory chants of “You deserve it!” finally settled down, Sasha Banks and Bayley vowed to make their titles the most talked-about championships in WWE. They put the NXT Superstars on notice, letting them know that The Boss ‘N’ Hug Connection is ready to defend the titles all over the world, from Raw to SmackDown to NXT.

— In this preview clip of next Sunday’s episode of Total Bellas, Nikki Bella wants to dish on her date but it’s a little past Brie’s bedtime.