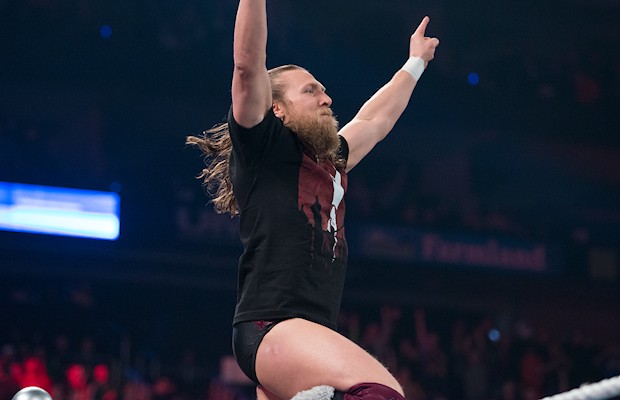 – As noted via PWInsider, WWE didn’t come up with the “Chicago Screwjob” angle for Natalya vs. WWE Women’s Champion Charlotte at Sunday’s Payback pay-per-view until the Friday before the show. Referee Charles Robinson was brought in just because of this angle as he apparently had the day off before that.

– Jerry Lawler has launched a Twitter page for his new club on Beale Street in Memphis at @JKLBarBeale. Below are more photos of the place:

I'll be eating lunch today on Beale St in Memphis…come join me @JKLBarBeale The food is AWESOME! I'm having Gumbo! pic.twitter.com/MH7hlUGKaM

– Daniel Bryan has posted this second clip from the gym this week and this time noted that he’s pushing himself to the next level. He posted the following today:

Got to do push-ups if I’m going to push myself to the next level! #NeverGiveUp #PlantStrong #YesYesYes @crossfitfullstrength

Got to do push-ups if I'm going to push myself to the next level! #NeverGiveUp #PlantStrong #YesYesYes @crossfitfullstrength