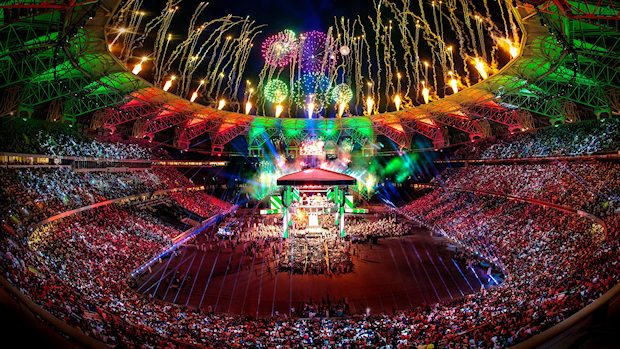 After it was reported last night that Kevin Owens has declined to work WWE Super ShowDown, news has come out that another WWE Superstar has no intention on performing on the show.

According to Dave Meltzer on Wrestling Observer Radio, Daniel Bryan is not working the show, which takes place on Friday, June 7 at King Abdullah Sports City Stadium in Jeddah, Saudi Arabia.

After wrestling at WWE’s first show in Saudi Arabia, Greatest Royal Rumble, in April 2018, Bryan declined working WWE Crown Jewel in November. Meltzer reported at the time that Bryan declined working the show because of Saudi Arabia’s treatment of homosexuals and Sami Zayn not being allowed in the country. Zayn has not been allowed to work WWE’s two prior events in Saudi Arabia due to strained relations between the country and his home country of Syria.

At the time, WWE issued the following statement regarding Zayn’s absence from the event:

Meltzer also noted that Bryan later felt reluctant about working Greatest Royal Rumble. Heading into the show, Bryan was unaware that it was going to be a propaganda advertisement for Saudi Arabia.