Home / Wrestling News / WWE News / Daniel Bryan Officially Announces His Retirement, What Happened After RAW, Why He Cut His Hair

Daniel Bryan Officially Announces His Retirement, What Happened After RAW, Why He Cut His Hair 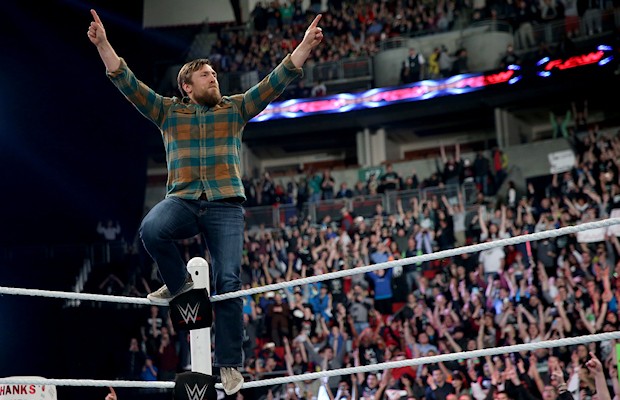 – Daniel Bryan officially announced his retirement on tonight’s WWE RAW from Seattle. Bryan said he’s had several concussions after 16 years in the business and it got to the point where he was told he could no longer wrestler. Bryan fought that for a long time until he had tests one week ago that told him that his brain isn’t as well as he thought it was. Bryan said that led to his retirement because he has a family to worry about and wants to start having kids with wife Brie Bella.

Bryan delivered a great speech for the RAW over-run, going to 11:30pm EST almost. Bryan also revealed that he cut his hair for the “Wigs For Kids” organization, which provides wigs to kids with cancer with no charge to the family. We have a full recap of the speech on the front page.

After tonight’s RAW went off the air, the WWE Network opened up with a live shot from the key Arena with Bryan greeting fans at ringside while the entire roster came to the stage and joined in on the “yes!” chants, including Tripe H, Stephanie McMahon and Vince McMahon. Michael Cole, JBL and Byron Saxton stayed on commentary to remember Bryan’s career. Bryan made his way to the ramp and was joined by Brie. With the roster behind him, he faced the crowd and did one last “yes!” chant. Bryan walked up and was hugged by Vince before walking to the back.