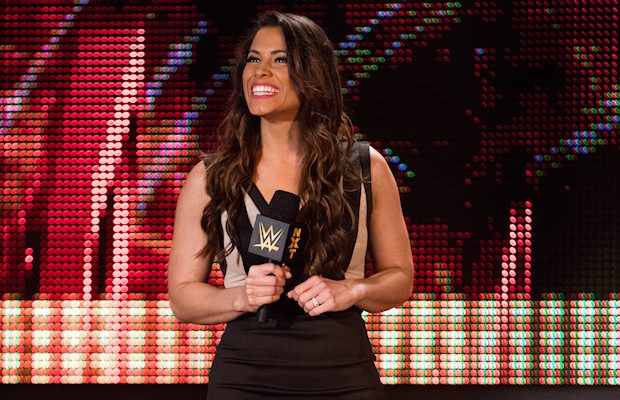 – While Natalya eliminated herself from Team SmackDown at Survivor Series by losing to Nikki Bella last week, it was announced on tonight’s show that she will be the Coach for the female Team SmackDown. Below is video from tonight’s segment with SmackDown bosses Shane McMahon and Daniel Bryan:

– Dasha Fuentes from WWE NXT has been promoted to the main roster. She started working for the blue brand on tonight’s SmackDown but was quickly dismissed from the ring by Carmella and Alexa Bliss, seen below. As noted, Bliss vs. SmackDown Women’s Champion Becky Lynch will take place on next week’s SmackDown from Glasgow.