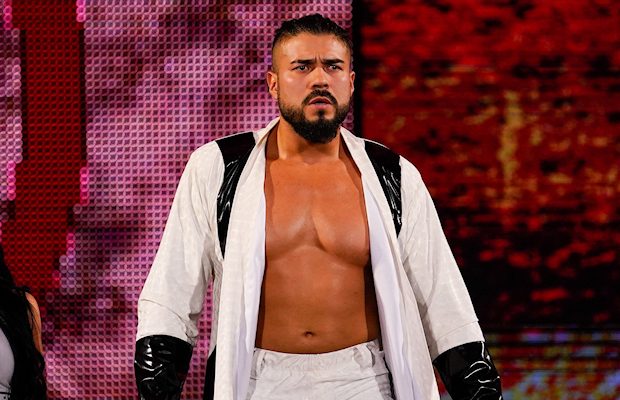 Fans noticed the change when WWE aired a graphic on tonight’s episode of SmackDown LIVE to promote a match between Andrade and Rey Mysterio later in the night. As you can see below, he’s simply referred to as Andrade.

The announce team would emphasize calling him Andrade all night. The social media team also took note of this and his shortened ring name was on during his entrance.

Andrade would go on to beat Mysterio. Highlights include Rey dropping Andrade with a off the top turnbuckle onto the ringside floor and Andrade pummeling Rey. In the height of the action, Mysterio drilled his foe with a 619 and was seemingly nearing victory. However, when Zelina Vega got on the apron and distracted the referee, Andrade swiped Rey off the top rope and connected with a hanging Hammerlock DDT to secure the win.

After defeating “The Master of The 619,” Andrade and Vega say Mysterio is the past.