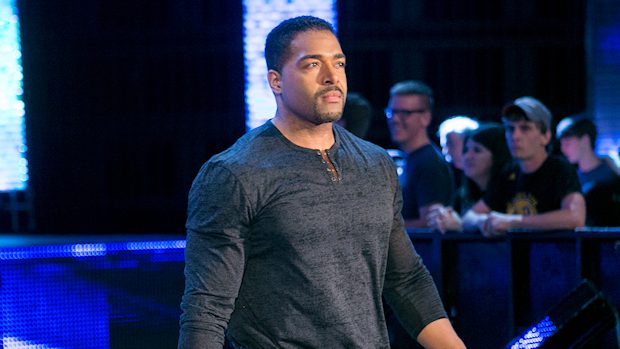 – Cathy Kelley looks at reactions to the “Superstar Shakeup” roster changes in this new video from WWE Digital:

– As noted, David Otunga’s RAW commentary debut has been delayed for six weeks as he’s off filming a lead role in an action movie. That movie is titled “Katrina” and is set in 2005 New Orleans during Hurricane Katrina. Otunga stars as edgy DEA agent James “World” Lawson. No word yet on when the movie will be released.

– As seen on this week’s WWE NXT episode, big man Dylan Miley made his debut in a match with enhancement talent Michael Blais against Johnny Gargano and Tommaso Ciampa. Miley ended up attacking his partner but later apologized in a backstage segment. RAW Women’s Champion Bayley took to Twitter and congratulated Miley, who was first signed back in 2014. She wrote:

Congratulations my friend @DylanMWWE. For those who don't know, he's been working very hard for very long. For this. #DaMan https://t.co/ccIbeWX1ML