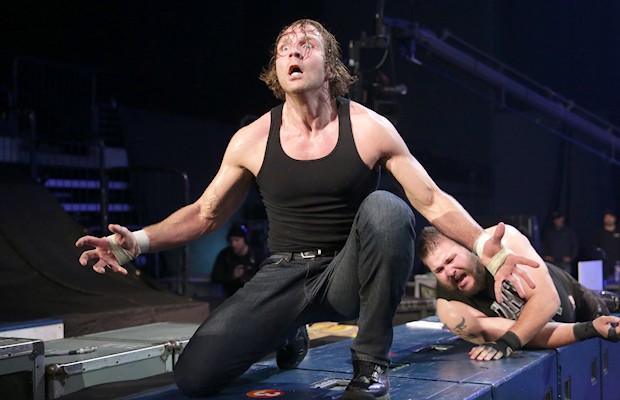 – Linda McMahon was sitting ringside at times for Sunday’s pay-per-view in Orlando. She was there to see Triple H celebrate his WWE World Heavyweight Title win with Stephanie McMahon and Vince McMahon. Here are some of her tweets from Sunday:

– Vice News recently spoke with Martin Shkreli, known as “Pharma-Bro” or “the most hated man in America” after a pharmaceutical company he worked for bought the license for an anti-parasitic drug and raised the price from $13.50 per tablet to $750.00 per tablet. Shkreli, who is out on bail facing federal charges, has used terms like “heel” in interviews before but revealed to Vice that he is a pro wrestling fan, and a big Damien Sandow supporter. Here is an excerpt from their interview:

He’s a pro wrestling fan, and clearly wants to do a heel-face turn—transforming himself into the people’s champ. But at the same time, he realizes that the villain people love to hate gets more airtime. And attention is something he desperately, achingly craves.

“A great bad guy is your best act,” he says.

It’s telling that Shkreli’s current favorite wrestler is Damien Sandow, an elitist who pretends to be a Rhodes scholar, holds the microphone like a wine glass, and has a move called Cubito Aequet—Latin for “Elbow of Disdain.”

“Everyone’s booing him and he just talks down to the crowd and it’s lovely,” Shkreli explains.