Did Randy Orton Remove A Tattoo On His Ex-Wife? 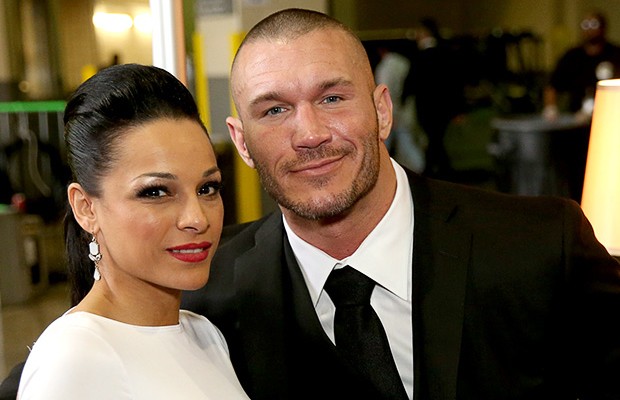 Randy Orton may be on the shelf while recuperating from a shoulder injury, but the WWE Superstar was able to use some of his time off to marry Kim Marie Kessler on Nov. 14 in Las Vegas. “The Viper” had been dating the mother of three from New York since at least February 2014 — photos of the two spotted together began surfacing on social media during this time.

The newlyweds got his and her matching tattoos, as you can see here.

Orton was previously married to Samantha Speno; they divorced in June 2013 after nearly six years of marriage. During their relationship, Orton imprinted “Samantha” on his right inner forearm. In response to the above tweet, a fan remarked to Kim about the tattoo: “but you’re the second woman he has tattooed on his body. That’s not a good look.”

Kessler responded, “the other name has been lazer removed sweetie.”