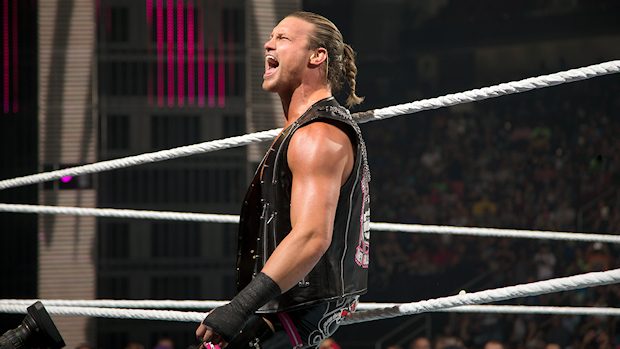 – Dolph Ziggler is dealing with an injury to his foot.

This bit of news was first reported on Tuesday by POSTWrestling.com. According to Dave Meltzer on last night’s edition of Wrestling Observer Radio, the injury isn’t believed to be serious and he could return to action within a week.

Ziggler last wrestled on Sunday at Survivor Series as a member of Team Raw in the Men’s 5-on-5 Traditional Survivor Series Elimination Match, where he was eliminated by Shane McMahon after being hit with the Coast-to-Coast. His last singles match took place last week on Raw, where he lost to Finn Balor.

Ziggler is advertised to wrestle this Saturday at WWE Starrcade in Cincinnati, Ohio.

– In honor of World Television Day on Wednesday, WWE posted this video highlighting their history of TV show introductions.