– The female WWE Superstars are headed to Dubai for the first time as Natalya and Alicia Fox have been added to the WWE Live Dune Bash Tour at the Dubai Duty Free Tennis Stadium on April 14th and 15th. With the exception of a Tribute to the Troops event, women have been kept off most Middle Eastern tours in the past due to strict rules there.

– It sounds like guest star Dr. Phil might not appear in front of the live crowd at tomorrow’s WWE RAW from Los Angeles. He tweeted the following on the appearance:

There’s NO drama like wrestling… Can’t wait to be behind the scenes at @WWE #RAW tomorrow. https://t.co/emz1QJezSZ pic.twitter.com/SDSmJqvWzq

– Now that WWE’s “Straight Outta Dudleyville – The Legacy of The Dudley Boyz” DVD and Blu-ray has been released, the next talent-themed release will be “Eric Bischoff: Sports Entertainment’s Most Controversial Figure” in June. Courtesy of WrestlingDVDNetwork.com, below is the new artwork for DVD, Blu-ray and the Steelbook Blu-ray, which is a Best Buy exclusive. 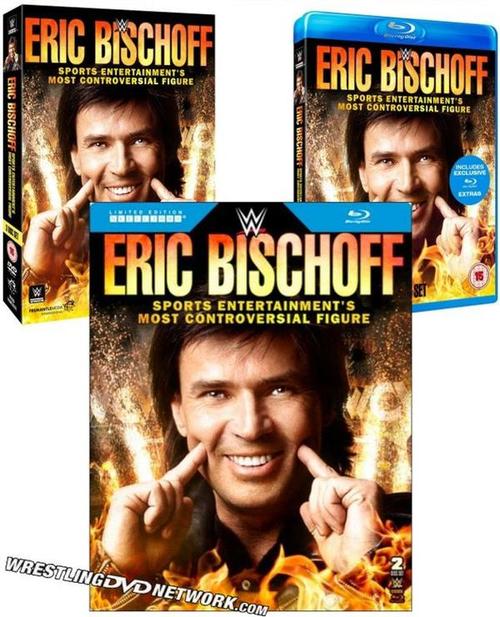