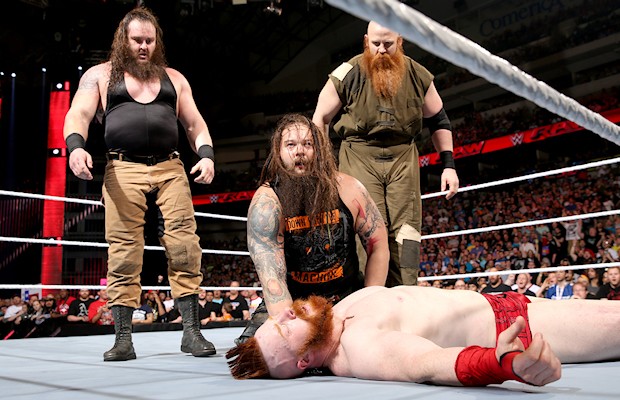 – It looks like we could get Bray Wyatt, Erick Rowan and Braun Strowman vs. Sheamus, Rusev and Alberto Del Rio for the May 1st WWE Payback pay-per-view. The Wyatt Family is featured in promotional material for Payback and after attacking The League of Nations last week, it looks like the feud will be continuing on tomorrow’s RAW from Los Angeles.

After laying out their so-called “weakest link,” King Barrett, The League of Nations suffered an even worse beatdown courtesy of The Wyatt Family, who made short work of Sheamus, Rusev and Alberto Del Rio in a startling show of force on Raw.

Following that attack, are Bray Wyatt and his flock poised to engulf the international trio? Wyatt is The Eater of Worlds, after all …

Regardless, it’s doubtful that even the presence of Raw guest star Dr. Phil will be able to help either of these factions find peace with one another this Monday night. WWE Universe, brace yourselves.