The Rock Says He Quietly Retired From Wrestling 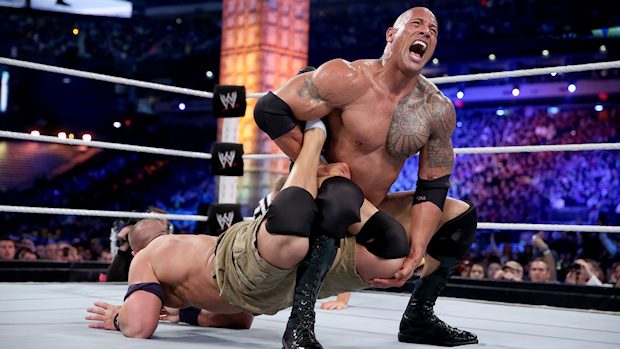 Dwayne “The Rock” Johnson has hung up his wrestling boots for good.

During an appearance on Live with Kelly and Ryan on Thursday, Johnson said he “quietly retired from wrestling” because he accomplished everything he wanted to in the squared circle. He does, however, miss wrestling.

Assuming Johnson doesn’t have another match, his final bout was one for the history books. The future WWE Hall of Famer beat Erick Rowan in six seconds at WrestleMania 32, making it the shortest match in the event’s storied history.

Johnson will almost certainly still make occasional appearances for WWE and perhaps soon. Dave Meltzer said a few weeks ago on Wrestling Observer that WWE’s initial idea for the Fox debut of SmackDown on October 4 was to do a show similar to Raw Reunion by featuring a number of legends. Meltzer speculated that Johnson could appear on the show.

Johnson is not lacking things to do in his post-wrestling career. The eight-time WWE Champion stars in Fast & Furious Presents: Hobbs & Shaw, which premiered Friday. His next movie, the sequel to Jumanji, hits theaters on December 20.