Who The Rock Thinks Could Be The Next Big WWE Superstar 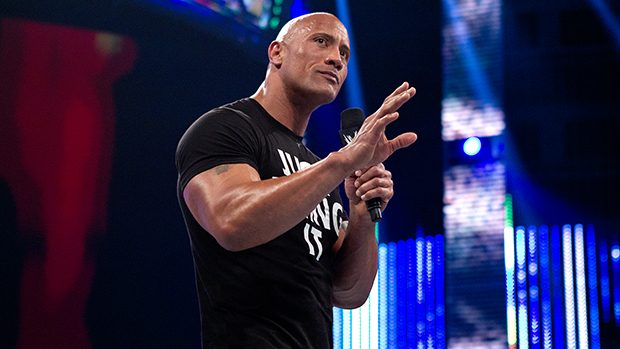 When Dwayne “The Rock” Johnson speaks, people tend to listen to what he has to say — whether it is about professional wrestling, his acting career, or quite literally anything else.

While out in New York City to promote his latest film, Fast & Furious Presents: Hobbs & Shaw, Adam Glyn of TMZ Sports stopped Johnson to ask him which WWE Superstar could be “the next big superstar,” following in the footsteps of himself and John Cena. While he initially struggled to come up with a name, he eventually said Drew McIntyre.

“Let’s see … no, not quite too sure. I just know that a lot of guys obviously are working very hard. I spent a lot of time with Roman [Reigns] just now, spent the past week with him and we were talking about everybody who has potential and who doesn’t,” Johnson said.

“Personally, I like Drew McIntyre. I think he’s got a great look, a great build, and especially as he continues to hone in on his craft and connect with the audience, which is always the most important thing.”

McIntyre responded to Johnson’s praise on Twitter with the following:

In all the conversation about the biggest movie of the Summer, I appreciate such high praise from The Great One. We could all learn a thing or two from his work ethic, “All it takes is all you got” @TheRock #HobbsAndShaw https://t.co/c8sJs6DCYZ