Roman Reigns To Appear Alongside The Rock In "Fast and Furious" Spin-off Film (Photos) - PWPIX.net 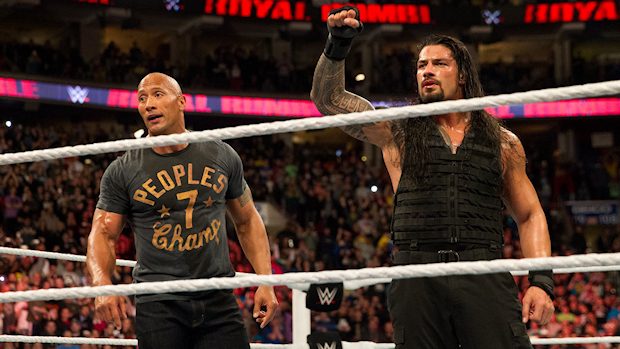 Dwayne “The Rock” Johnson’s “Fast and Furious” family is growing by one, and an actual family member is getting in on the action.

Johnson announced today that Roman Reigns will appear in “Fast & Furious Presents: Hobbs & Shaw,” a spin-off film of the “Fast and Furious” franchise focused on the exploits of “The Great One”’s government agent Luke Hobbs — a role he originated in 2011’s “Fast Five” — and criminal Deckard Shaw, played by Jason Statham since 2013’s “Fast & Furious 6.”

The former WWE Champion announced his cousin’s participation via Instagram, which revealed that Reigns will be playing Hobbs’ brother and also included the first photos of them in the film (scroll right to see a second photo of Reigns).

Those photos are from Hawaii as filming for “Hobbs & Shaw” is currently taking place there. This would explain why photos of Reigns in Hawaii surfaced last week.