John Cena's Response To EC3 Saying He Wants To Shave His Head - PWPIX.net 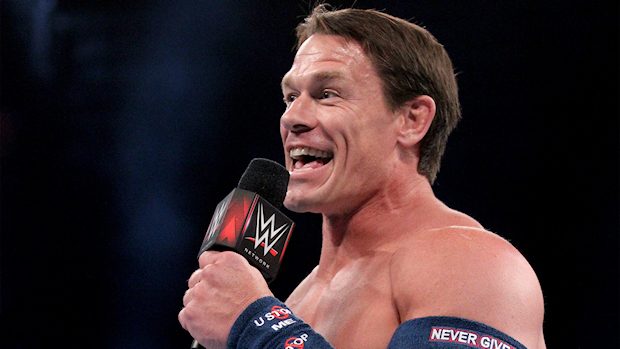 EC3, who has been taking shots at John Cena on social media since joining NXT earlier this year, said he wants to shave the WWE Superstar’s head.

EC3 said this in response to Cena’s latest inspirational tweet.

I want to shave your head.

Cena, who posts ambiguous photos on Instagram on a daily basis, responded with a photoshopped image featuring EC3.

The original photo is from a Hair vs. Hair Match at WrestleMania 23 where Bobby Lashley (representing Donald Trump) beat Umaga (representing Vince McMahon) in a match where either Trump or McMahon would be shaved bald if their wrestler lost. Since Umaga lost, McMahon had his head shaved bald.

Back in 2015, EC3 shaved Drake Maverick’s head after winning a Hair vs. Hair Match on Impact. Maverick tweeted EC3 a photo from the incident, adding, “You need to let this go.” EC3 responded, “Do I? Do I Drake?”