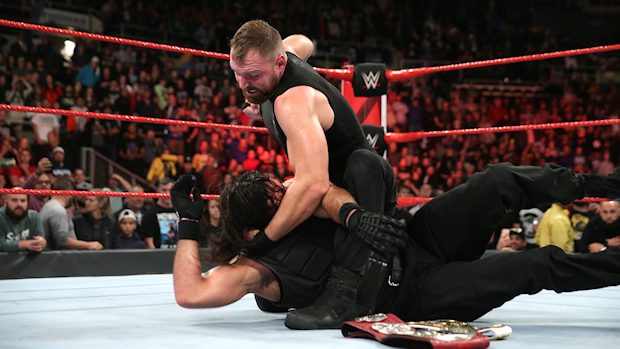 Ambrose and Rollins announced beforehand that they were dedicating the match to Roman Reigns, who announced at the start of Raw that he would be taking a leave of absence to battle leukemia. After Braun Strowman chased Drew McIntyre out of the arena, Rollins picked up the win after hitting the Curb Stomp on Dolph Ziggler.

Rollins and Ambrose were celebrating their title win when Ambrose suddenly laid out Rollins with Dirty Deeds. Ambrose continued to beat on Rollins, sending him out of the ring. After throwing the Raw Tag Team Championship at Rollins, he then uncovered the mats outside the ring to expose the concrete. Ambrose gave Rollins Dirty Deeds on the exposed concrete as he exited through the crowd to close out the show.

Here is footage of Ambrose leaving through the crowd after turning on Rollins.

Dean Ambrose Leaves Through The Crowd After Turning On Seth Rollins! #RAW pic.twitter.com/s7AabQs9lA

“The original plan was that he would turn around Survivor Series and they moved it up and they specifically did it to capitalize on the emotions of a guy who is going home to fight for his life.”