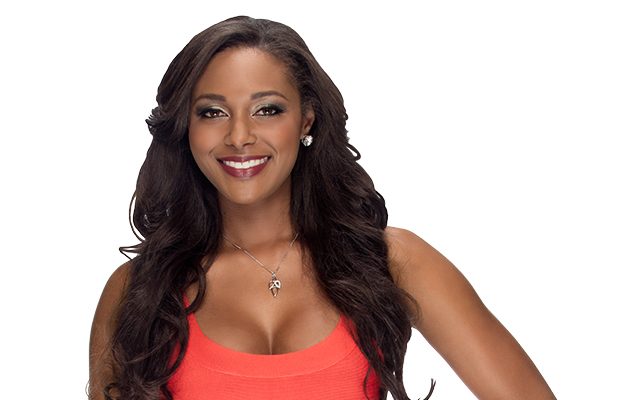 Naturally, Eden’s pre-WWE days were spent modeling, where she became the focus of countless cameras, including those of Maxim. She also competed in many pageants, such as the popular Hawaiian Tropic competition. But being a lifelong athlete, Eden yearned for a career in the ring. And in 2011, the Michigan native took her first step toward becoming a Superstar when she began training at WWE’s developmental facility, Florida Championship Wrestling.

After only a few months honing her skills, Eden was called up to the big leagues when she debuted as the ring announcer for WWE Superstars. Her initial run, on the globally-televised program was brief, however. Eden abruptly left WWE after only a few months. According to the dashing Diva’s Twitter account, she left because the world was her oyster.

Luckily for fans, Eden returned to WWE in November 2013 and resumed her role as ring announcer shortly thereafter on NXT. Now, she is entrenched on the main roster and has proven herself as a well-spoken personality. Eden is usually found handling ring announcing duties for SmackDown or conducting interviews backstage for WWE’s various online platforms. She is also outspoken on social media, keeping her Twitter account active with her unique take on the latest developments in WWE.

Eden has also allowed cameras to catch a glimpse of her personal life. Members of the WWE Universe have gotten to see her interact with various Superstars outside the squared circle, including her close encounters with Stardust. Stardust, who was previously known as Cody Rhodes, seems to be her favorite competitor. 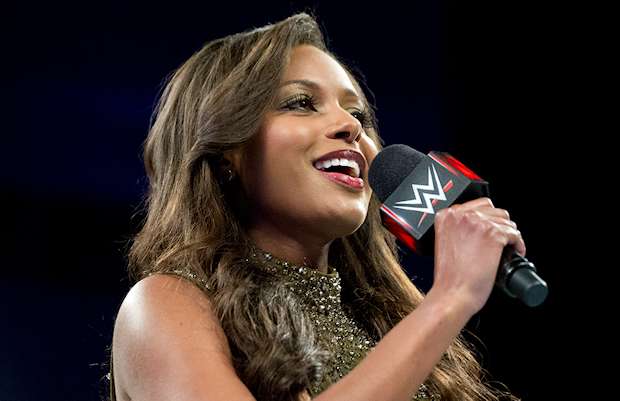 May 24, 2016 – After Cody Rhodes revealed he asked WWE for his release, fans naturally wondered what that would mean for the woman he is married to, Eden, who works for the company as a ring announcer. She responded to his big reveal with this:

On Sunday, she changed her Twitter profile and got rid of the note that said she’s the ring announcer for SmackDown. Shen then tried to clear up some confusion:

Rhodes, however, sent out this interesting tweet on Tuesday which again has fans speculating that Eden could following him out the door.

in the next 24hrs, most people will realize what I'm saying

A short while later, Eden confirmed the speculation: she is leaving WWE.

“What I’ve been teasing for weeks: I’ve been offered a new opportunity outside of WWE!! So I’ve decided to part w/ WWE after tonight,” Eden announced via Twitter. “http://BeingBrandiRunnels.com will continue! Check it out soon for updates on my new career life! Doing things my way! #RhodesStrong”

(1/2) What I've been teasing for weeks: I've been offered a new opportunity outside of WWE!! So I've decided to part w/ WWE after tonight.

WWE subsequently announced her departure from the organization.

WWE has granted Eden (wife of Cody Rhodes) her request to be released, as of today, May 24, 2016. WWE wishes Eden the best in all her future endeavors.