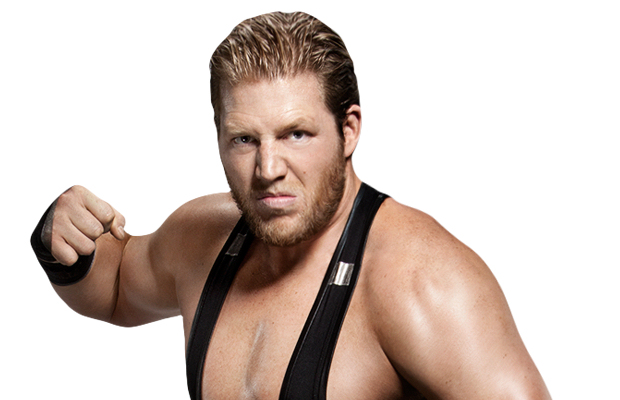 The charismatic Jack Swagger caught the eye of ECW General Manager Theodore Long in September 2008, and the GM signed the self-proclaimed “All-American American” as part of his New Superstar Initiative. The move proved to be just the break Swagger needed, as he hasn’t looked back since making his impressive debut.

Swagger’s cocky smile and arrogant strut make him tough to cheer for, but fans can’t help but appreciate his confidence. After only weeks on the WWE brand, Swagger stood up to ECW legend Tommy Dreamer. Within his first year in the Land of Extreme, Swagger defeated Matt Hardy to capture the ECW World Heavyweight Championship. With a move to Raw in 2009, the “All-American American” became one of the most despised villains in WWE whose stock shot through the roof when he won the Money in the Bank Ladder Match at WrestleMania XXVI. He carefully chose his time to cash-in his World Heavyweight Championship opportunity, and five days from his WrestleMania victory he defeated an injured and stunned Chris Jericho.

Swagger’s stellar amateur background and signature mean streak has established him as one of the most dangerous Superstars in WWE. His association with Vickie Guerrero and Dolph Ziggler have made him more loathsome to fans, but what people despise most is that his Swagger Bomb and Patriot Lock are able to defeat opponents at virtually anytime he chooses. That’s just how the “All-American American” likes it.