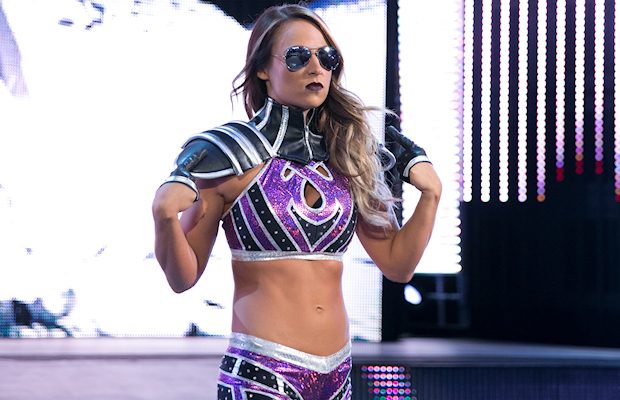 WWE announced this afternoon that Emma will require surgery on a ruptured disc she sustained at a recent live event.

“Emma has a ruptured disc that will require her to have surgery,” WWE ringside physician Dr. Chris Robinson explained. “She came to us in a great deal of pain, which seemed to be increasing. She was then given an M.R.I., which revealed that further action would need to be taken. Unfortunately, the Superstar’s estimated recovery time cannot be determined until after her procedure is complete.”

WWE noted in its initial update that injury occurred “last Sunday night.” Since she didn’t compete at a live event yesterday, the injury in question would have occurred at the May 8 show in Rio Rancho, New Mexico. Emma was in a tag team match where she and Lana lost to Sasha Banks and Becky Lynch.

Emma didn’t compete the following night on Raw, instead appearing in a backstage segment that introduced Dana Brooke to the main roster. Emma also did not compete on SmackDown, but interfered in Brooke’s main roster wrestling debut, poking Lynch in the eye to give her partner a win.

Brooke wrestled in tag matches at live events over the past weekend. It is possible that Emma can remain on television in an outside-the-ring capacity with Brooke while she recuperates.