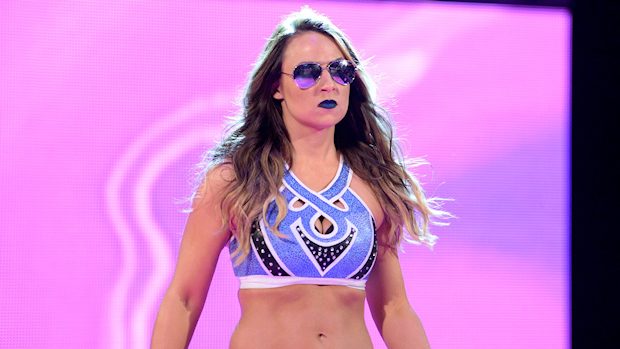 – It appears that Emma still has hard feelings over her release from WWE last October.

This past weekend in the United Kingdom, Ring of Honor held the ‘Honor United’ tour, featuring the stars of ROH as well as top talent from New Japan Pro-Wrestling. A meet-and-greet was held before Sunday’s show in Doncaster, England, and a fan who met Emma (now wrestling under her real name, Tenille Dashwood) at the event said the former WWE Superstar flipped the bird when she saw his Vince McMahon “Mugshot” T-shirt.

It doesn’t appear that she flipped the bird in a joking manner as the fan also met Cody and Brandi Rhodes and they thought his Vince T-shirt was funny.

Tenille is super nice and hates my Vince Jr shirt my god pic.twitter.com/lp27NezTpH

WWE issued the T-Shirt in January 2016, a week after The Chairman got arrested on the last Raw of 2015.

– Jake “The Snake” Roberts celebrates his birthday on Wednesday as the WWE Hall of Famer turns 63 years old.

Another dark match took place after WWE 205 Live went off the air as Carmella retained the SmackDown Women’s Championship against Charlotte Flair by pinning her with her feet on the ropes. Flair then laid out Carmella to the end the show.