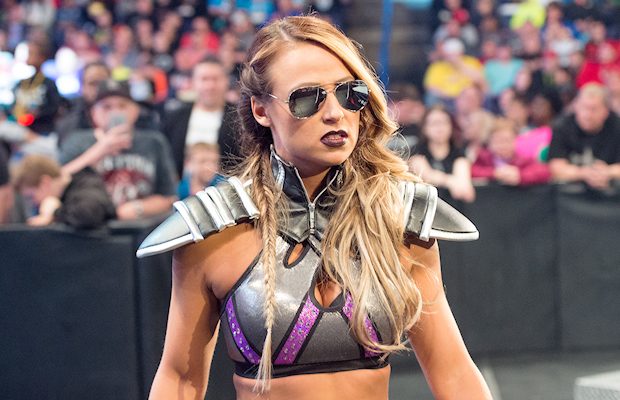 – Below are this week’s WWE Top 10 Moments from RAW in Baltimore:

– PWInsider is reporting that Emma was backstage this week for WWE RAW. We reported that she recently started doing some photoshoots again, indicating a return. Emma has been out of action since May with a back injury.

– There was low attendance at Monday’s WWE SmackDown live event in Fairfax, Virginia. Below is a photo from the opening match featuring Dolph Ziggler vs. WWE Intercontinental Champion The Miz. The seats did fill up some but the arena was never full, as seen in the second photo that was posted towards the end.