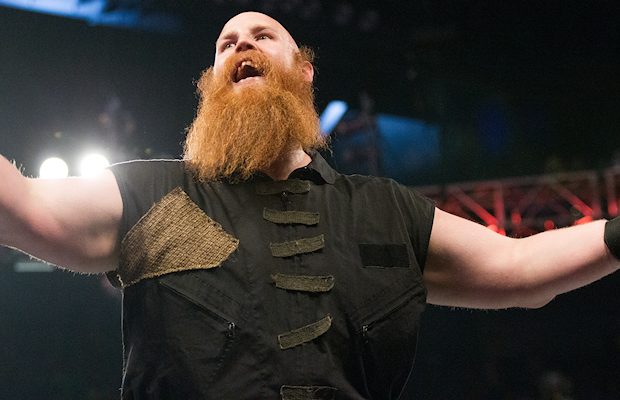 – Former WWE Champion The Rock talks to MTV News in this new video from the Baywatch premiere in Miami this past weekend. Rock takes some fan questions and talks about the movie, and jokes about the talk of him possibly running to be President of the United States in the future. They also show a clip of then-WWE Champion Rock on MTV’s TRL in 2000.

– WWE has a new poll asking fans where they would like to see Elias Samson “drift to” next after his recent appearances on WWE RAW – Braun Strowman’s hospital room, Vince McMahon’s office, out of WWE, into an RKO, into Breezango’s Fashion Files or into Bray Wyatt’s House of Horrors. As of this writing, 34% voted for Braun’s hospital room while 23% went with the RKO, 20% with Vince’s office, 13% with out of WWE and 6% into the Fashion Files.

– Erick Rowan tweeted the following photo after this week’s WWE SmackDown and fans are speculation that it’s supposed to be Sister Abigail of The Wyatt Family. As noted, Rowan vs. Luke Harper has been announced for Sunday’s WWE Backlash pay-per-view.