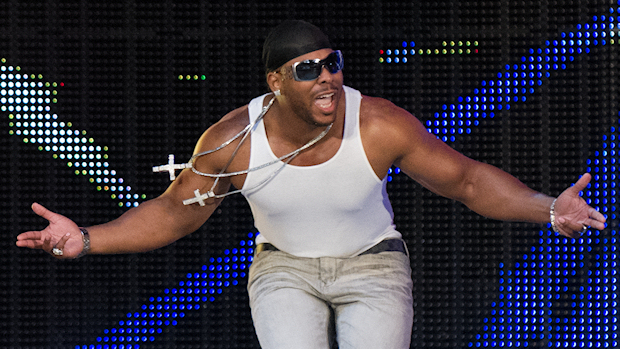 – A writer for Forbes claimed in a recent article that WWE is interested in bringing back Goldberg, Rey Mysterio, Kurt Angle, Jeff Hardy (who is under contract to TNA), John Morrison, Cryme Tyme (JTG and Shad Gaspard) and Shelton Benjamin, among other former Superstars. JTG is denying that he has been contacted by WWE.

I actually communicate with JTG relatively frequently, and had to reach out to see if these rumors are true as far as contacting him.

He responded, “Nobody called me lol.”

So, it looks like at least one half of Cryme Tyme can be extinguished from this rumored list.

– Bianca Blair, who was among the latest class of talent recruits to begin training at the WWE Performance Center, made her first appearance for NXT at last night’s show in Cocoa, Florida.

In an in-ring segment with Andrea D’Marco, Blair introduced herself to the crowd.

Cocoa was amazing! So happy & honored to introduce myself! BIANCA BLAIR
The StrongEST.The PrettiEST.The ToughEST. pic.twitter.com/7V6P0w5I7B

Blair was an All-American and All-SEC track-and-field performer in hurdles at the University of Tennessee, and was named to the SEC Academic Honor Roll in 2011 and 2012. Prior to joining WWE, she was a CrossFit competitor and powerlifter.