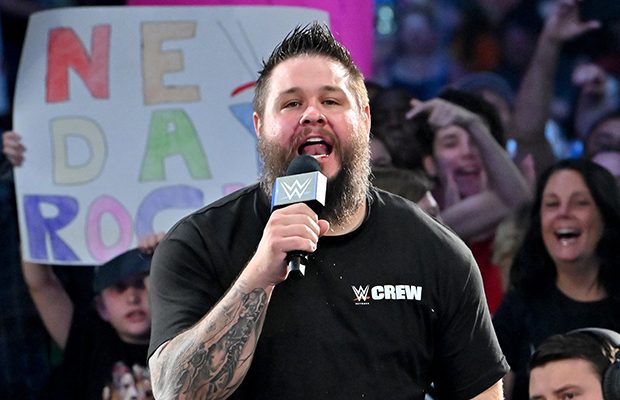 WWE has announced that Kevin Owens and Dolph Ziggler will face off tonight at Extreme Rules.

Against their wishes, Owens and Ziggler were originally paired together as a tag team for the opportunity to earn their way into the SmackDown Tag Team Championship Match at Extreme Rules if they could defeat Heavy Machinery. But their alliance imploded and “KO” concluded the July 2 episode of SmackDown LIVE by dropping “The Showoff” with a Stunner.

As a result, the two were scheduled to collide on SmackDown LIVE in one-on-one competition last week, but after they got into a pre-match brawl in the parking lot, Shane canceled the match and sent Owens home. An incensed Owens responded by rushing the ring later in the show to unleash a verbal attack on Shane.

Owens didn’t stop there, however, proceeding to take another shot at Ziggler in a Twitter exchange last night.

For maximum effect, it should have been the guy I don’t recognize first, then me, then Shawn and finally, Planet Earth.

Build up to calling yourself better than everyone in the world, don’t start off with it.

Owens then promised to make his presence felt at Extreme Rules after Shane attempted to ban him from last night’s SmackDown live event in Petersburg, Virginia.