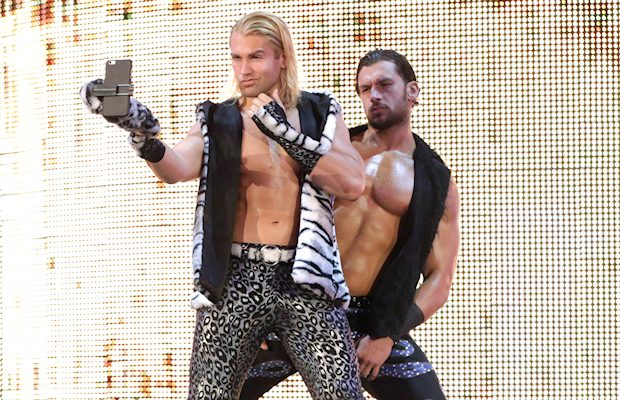 Fandango spoke with the Portland Press-Herald while at the weekend WWE live event in Augusta, Maine. The full interview is at this link and below are highlights:

“It was a lot of pressure leading up to my first match against a guy I grew up admiring and one of the reasons I got into this business. I was not only nervous as a performer, but working with one of the guys I looked up to and not letting him down.”

His love for the business:

“It’s the only thing I’m really good at, and since I’ve dedicated this much time, I’m probably all in for the rest of my life. I’m definitely grateful for everything I’ve achieved, but I want to go higher up the food chain in the WWE.”

The WWE Draft and teaming with Tyler Breeze:

“There’s a positive vibe in the locker room because it’s a change that’s creating more room and slots and TV time for guys who aren’t really getting it. Tyler and I are really excited to see where we fall.”