Finn Balor on Who Helped with His Demon Entrance, Transitioning to WWE NXT from NJPW, More 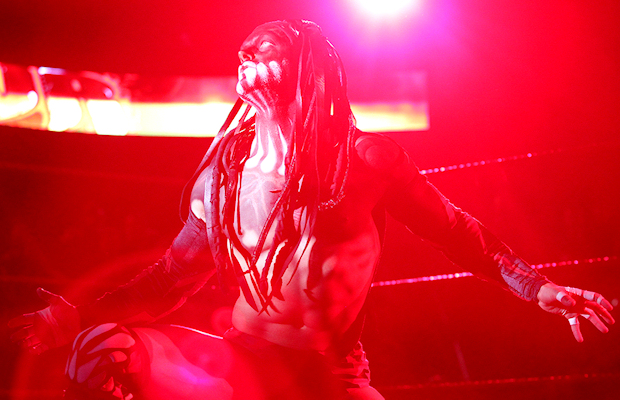 – WWE NXT Champion Finn Balor recently appeared on The Kevin Gill Show to discuss living the dream, transitioning from Japan to NXT, first impressions of Luke “Doc” Gallows, creative process at NXT, Positive Mental Attitude, Mr. Regal and more. The full interview can be found at this link. The show sent us these highlights:

Making the transition from NJPW to NXT:

“Japan was an incredible chapter. I was kind of very reluctant to move on from Japan and very unsure of what I was getting into when I came to NXT. I can honestly say it’s been the best decision I’ve ever made. Here maybe 14 months now and I’ve been having a blast.”

The creative process and his Demon entrance:

“For me it’s kind of like a trial and error. I’m very much of the belief that you can’t preplan art. You can’t set out in advance what you’re going to do… you have to feel it in the moment. With the entrance we’ve done a lot of rehearsals. I had a lot of input from Hunter and a lot of input from Road Dogg… It’s a huge effort to what goes on behind the scenes while I’m actually doing the entrance.”

“Sometimes you just have to take a step back and admire the landscape. It is a very competitive place NXT right now. What I consider some of the best athletes in the world wrestle for NXT. You got Gable and Jordan who are a really strong tag team at the moment. They’ve shown tremendous growth… We’re all striving for the same goal and that’s striving to make NXT special.”