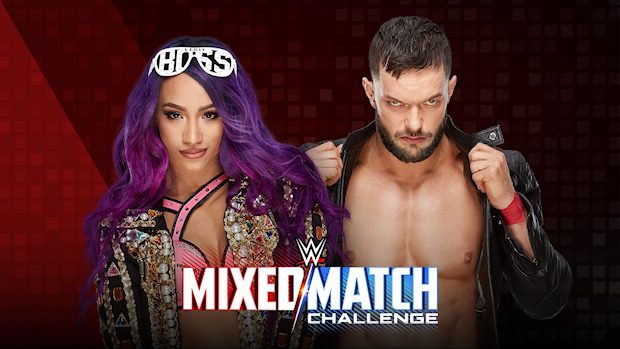 The second Raw team has been announced for WWE Mixed Match Challenge and it’s Finn Balor and Sasha Banks.

Previous videos teased Balor and Bayley as a potential team, but as you can see in this video, Raw General Manager Kurt Angle made the call to go with Balor and Banks as a team.

Raw General Manager Kurt Angle has revealed that Finn Bálor will team with Sasha Banks at WWE Mixed Match Challenge, a bold dream team that could definitely make the difference for Team Raw in the unprecedented tournament on Facebook Watch.

Whether competing in the history-making WWE Iron Man Match against Bayley in NXT or inside Hell in a Cell against Charlotte Flair, the innovative Banks is the very definition of a trailblazer. With the distinction of being the first-ever Universal Champion and the longest-reigning NXT Champion in history, Bálor is definitely cut from the same cloth as the four-time Raw Women’s Champion.

Add to the mix their larger-than-life personas and you have a fierce combination capable of taking any team to task in the Mixed Match Challenge.

Together, Bálor and Banks will compete in an innovative Facebook Watch exclusive tournament, where unlikely male-female WWE Superstar pairings will attempt to win $100,000 for their charity.

Balor and Banks join the team of Braun Strowman and Alexa Bliss on the Raw side.