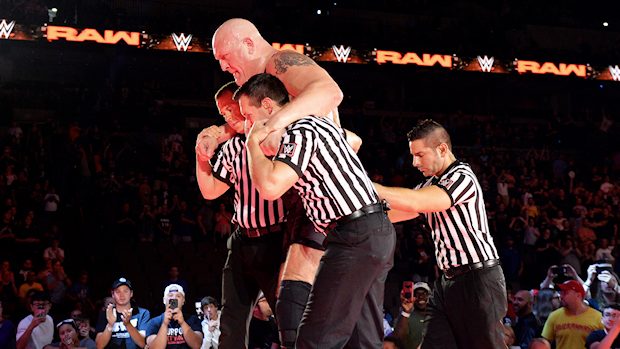 – Big Show has not been seen on WWE television since the Sept. 4 episode of Raw, where he was defeated by Braun Strowman in a Steel Cage Match. Following the match, “The World’s Largest Athlete” was thrown through the cage by “The Monster Among Men.” This was reportedly done to write Big Show off television since he scheduled to undergo hip surgery.

Big Show underwent the surgery at the end of September and he is now back in the gym. Check out this photo he posted today on Twitter.

Less than three weeks since hip surgery and back in the gym. Slow and steady but still focused. #GiantInTheGym pic.twitter.com/Q0h7Q9TmYP

– In this bonus clip from Total Bellas, Brie and Nikki Bella talk about important life changes in and out of the ring while at The WIN Awards.

WWE made note of Paige’s tweet in this WWE Now video hosted by Cathy Kelley.