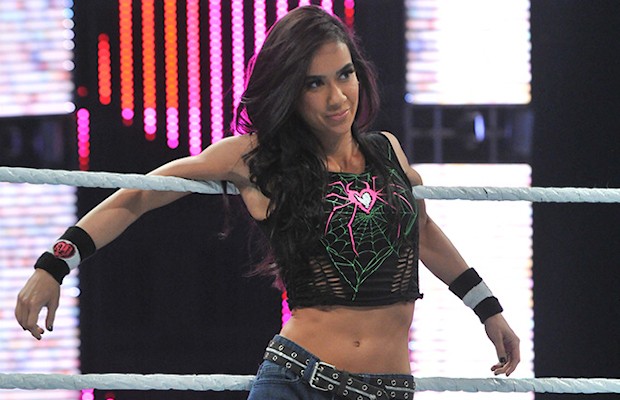 Kevin Eck used to work for WWE creative, pitching ideas for storylines on WWE television. Over at PressBoxOnline.com, he regularly blogs about his experience with the company, which lasted from 2011 to 2014.

Eck was the one who pitched the AJ Lee-Daniel Bryan pairing, which Lee acknowledged in her recently released autobiography. In his latest article, he explains how he pitched to split them up in 2012 while also promoting Dean Ambrose to the main roster.

The rocky relationship between AJ and Bryan culminated with AJ leaving him at the altar after she discovered he was planning on having her committed to a mental institution after the wedding.

Meanwhile, the creative team was looking for a Plan B to bring Ambrose from developmental to the main roster. Plan A — a “worked-shoot” angle with Ambrose and Mick Foley engaging in a war of words on social media — was scrapped after Foley legitimately took issue with something Ambrose said about him.

My idea was for Bryan’s plan to have AJ committed actually succeed. We’d take her off TV for a little while before bringing her back in dramatic fashion. She would return with her new boyfriend (Ambrose), whom she had met while both were patients in the institution.

Ambrose and AJ would wreak havoc, becoming WWE’s version of Bonnie and Clyde (or Mickey and Mallory, to use a less-dated analogy).

Vince McMahon had a different vision. The WWE chairman and CEO loved the AJ character and decided to make her the new “Raw” general manager after she called off the wedding to Bryan. AJ as GM didn’t get over, and her run as an authority figure lasted just three months.