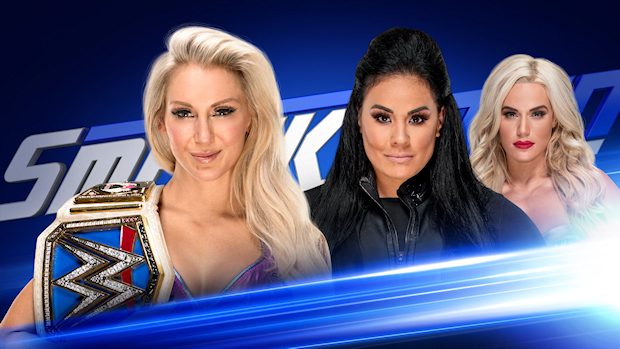 – Last week on SmackDown LIVE, Sami Zayn was barred from ringside by Shane McMahon for the match between his best friend Kevin Owens and Randy Orton, but Zayn defied the order, waiting until the bout spilled to the top of the stage and away from ringside to clobber The Viper with a steel chair, aiding KO in winning the bout. In WWE.com’s preview for the show, it is being teased that Zayn will face repercussions for his defiance.

WWE.com is also advertising four matches for the show:

* The New Day vs. Rusev and Aiden English

* The Bludgeon Brothers will be in action