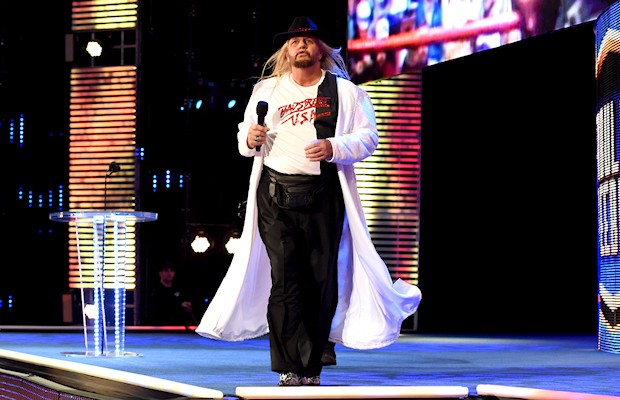 – WWE Hall of Famers “The Fabulous Freebirds” Jimmy Garvin and Michael Hayes talk with Tom Phillips in this video after last night’s ceremony. Garvin says it feels fantastic to be in the Hall of Fame and has always felt fantastic to be a Freebird. Hayes says it’s fabulous being in the Hall now. Hayes talks about how the induction in Atlanta didn’t work out and he’s glad it didn’t because Dallas was the place to do it. Hayes says once again, The Freebirds tore the house down.

– In the video below, JBL talks with 2016 WWE Hall of Famer Stan Hansen and Phillips about The Lariat’s career after the induction. JBL looks back on Hansen’s career and how he never took a day off.

– As seen below, WWE issued a Twitter poll on last night’s Hall of Fame ceremony. With over 5,200 votes, 70% gave the show a thumbs up.

Did you enjoy tonight's #WWEHOF?