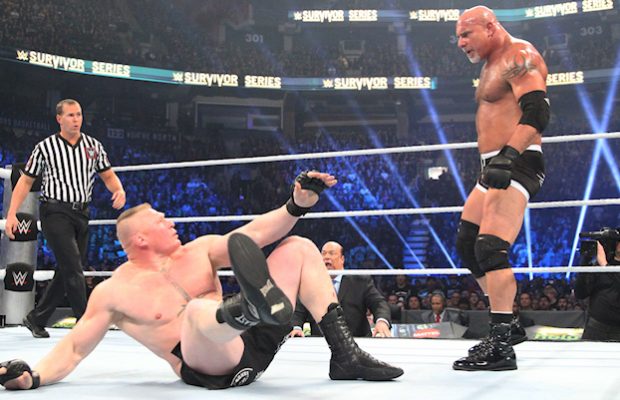 Bill Goldberg recently spoke with Brian Campbell of ESPN.com at this link. Below are highlights:

“I think at this time in my career, the best way to take [Lesnar] down was shock and awe, to do something that nobody would expect against a monster like that. At the end of the day, you have smart marks all over the world thinking that they know the outcome of a match. I don’t believe any of them thought that was going to be it.”

“To be able to be booked [to win] against a guy like Brock Lesnar is a dream come true. You’re looking in a lot of ways at a mirror image of yourself. I think we bring something to the table that is completely different than any other two people in the sport of professional wrestling. And I am proud of that, and I think that we’ve got that market pretty much cornered. I don’t know if that was the case prior to me coming in and being his opponent, but I do believe that that’s a special space and I think we can pretty much call our own right now.”

His WWE future and the 2017 Royal Rumble match:

“I’m only as good as my next appearance and my next match. I’m concentrating on the Royal Rumble and that’s it. I don’t have any plans of doing anything afterwards. My focus is on the 29 other men that I’m going to have to crucify to win that damn match.”

WWE making the decision to extend his comeback:

“It’s completely dependent if you are a smart businessman upon the return on your product. I believe that you have to wait and see if that investment is going to pay off and I think each and every time I was given the opportunity, I hoped that I was able to carry the ball and give [WWE] the confidence to have me back and further include me in their plans.”