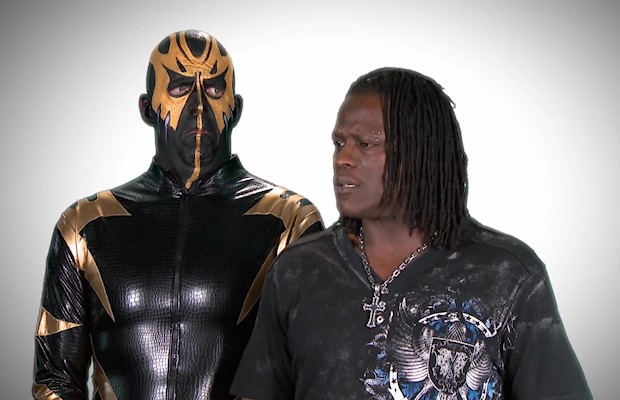 – WWE has a new poll asking who would benefit the most from Dr. Phil’s therapy on tonight’s RAW – Maryse and WWE Intercontinental Champion The Miz, WWE Tag Team Champions The New Day, Lana and Rusev, The Wyatt Family or Triple H and Stephanie McMahon. As of this writing, 36% have voted for The Wyatts while 26% voted for The Authority, 17% went with Maryse and The Miz and 14% went with The New Day.

– As noted, WWE was teasing that Goldust and R-Truth may finally team on tonight’s RAW from Los Angeles. “The Golden Truth” tweeted the following on their segment tonight: