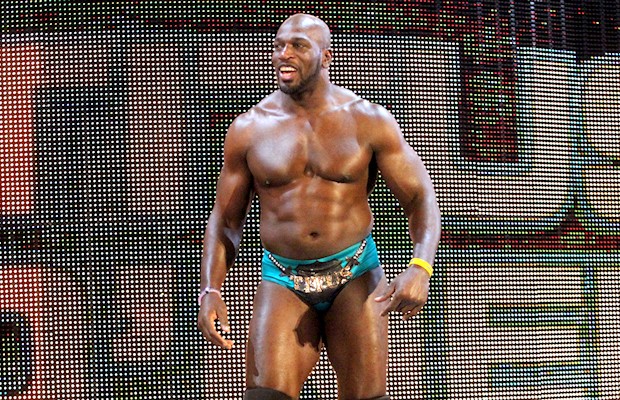 WWE superstar Titus O’Neil gets the aquarium of his dreams in the 100th episode of Animal Planet’s TANKED airing on Friday, April 15 at 10:00 p.m. ET/PT.

In this action-packed episode, tank designers and co-owners of Acrylic Tank Manufactring (ATM), Wayde King and Brett Raymer are asked by WWE’s Titus O’Neil to design a gator-themed tank that pays homage to his alma mater, the University of Florida.

But first, the guys squeeze in a quick training session with Titus at the WWE training facility where they must prove themselves worthy of taking on the tank-building challenge. The pressure is instantly on and Brett fears a potential smack down when Wayde disagrees with Titus on the best position for his tank. Titus also pays a visit to ATM in Vegas where he faces an intimidating opponent: a twenty-pound eel. Losing out on the tank location, Titus at least wants to pick out his fish and chooses black and white striped “referee” fish to represent his wrestling career, plus blue and orange fish to honor his alma mater, the University of Florida.

Tune in to see Wayde & Brett tackle this epic “gator” themed tank and show Titus O’Neil that they are champion-level creators.