Goldust Gets Emotional While Reflecting On Wrestling At WWE Starrcade Without Dusty Rhodes (Video) - PWPIX.net 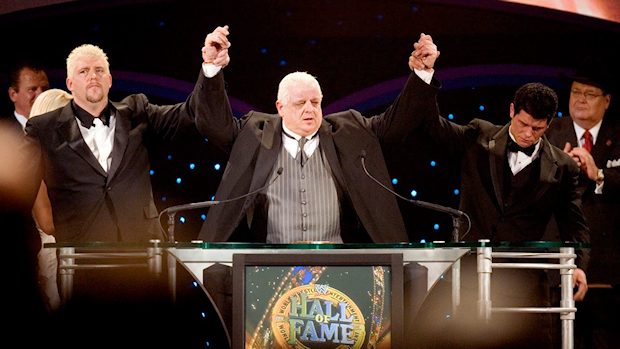 Goldust paid tribute to Dusty Rhodes last night at WWE Starrcade by wrestling as “The Natural” and while reflecting on it afterward, he got quite emotional.

Rhodes spoke backstage and said, “When he was with me and Cody when we fought The Shield, it was special. Every time I’ve been with him in the ring, it’s been special. Tonight he wasn’t there, which was very emotional for me.”

Goldust went on to talk about listening to the video package on Dusty before the match from the backstage area and shaking because it brought him back.

Rhodes came out to the traditional Goldust music and jacket, only to reveal the throwback gear of cutoff denim and cowboy boot style wrestling boots. He would go on to beat Dash Wilder with his father’s trademark moves, including the Bionic Elbow and the Bulldog. After the match, Rhodes cut a promo about being proud to be in Greensboro, North Carolina in honor of his father.