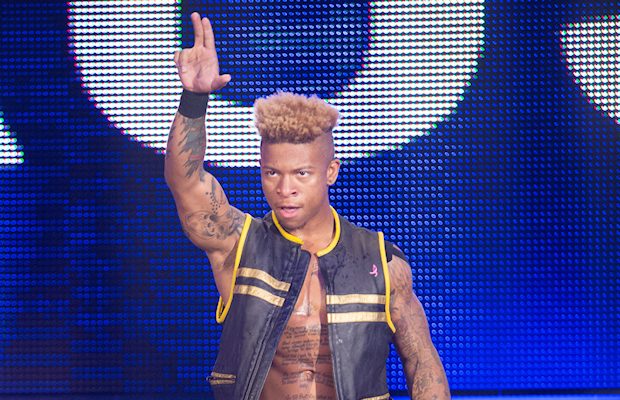 – It’s notable that ever since Lio Rush made an ill-advised joke on Twitter when Emma was released by WWE on October 29, he hasn’t appeared on any NXT shows. In a report on Monday, PWinsider.com cited this as the reason he hasn’t been used.

Rush wrote, “I guess these are the things that happen when you’re not TRULY ready for @WWEAsuka.”

The tweet received criticism pretty quickly, including Peyton Royce pointing out that Rush just got to NXT and telling him that professionalism goes a long way. Bray Wyatt was one of the wrestlers from the main roster to respond, saying that Rush “ain’t gonna make it here with the wolves.”

Rush deleted the tweet and quickly issued an apology, but the damage had been done. According to Dave Meltzer in the latest issue of the Wrestling Observer Newsletter, the heat was so bad that there was talk of cutting him. While some people in WWE see Rush as a future WWE star, the heat still lingers and “he’s been on ice every since.”

– After winning a Fatal 4-Way Match against Akira Tozawa, Noam Dar and Ariya Daivari on Raw, Rich Swann comments on advancing to a bout that will determine WWE Cruiserweight Champion Enzo Amore’s next challenger.

– Erick Rowan, whose name was shorted to Rowan last week, celebrates his birthday today as he turns 36 years old.